This blog is an ongoing update on the activities of the Body Interfaces artistic research project.
For portfolio, go to the project website: http://tmkm.dk/works/bodyinterfaces.html

"The body as interface" is an artistic concept and research that comes out of a long research in body-based performance practices, site specific art and technology. The project has a very expansive interpretation and definition of the terminology of "interface" and aims to take the combination of body - interface to a wider understanding, as a relational space between two entities, concerning the aspects of bringing together two parts, as well as separating them, being a threshold condition for the two.

The research combines working with the body and (as) materiality in the tradition of site specific performance art combined with a newer understanding of the body that we have derived through our use of technology and its terminology. The project will benefit from the methodology of technology and not use technology as such; it will research in the physical sensations and meeting points that the body has with the surroundings, inspired by tools required from studying the body in technology with the concept of the interface as a main focus point. The interventions deals with the body as interface for experience, communication in relation to other materialities and the environment that surrounds and interact with these. The interface is here read as a transmitting entity and agency between the body and the surrounding surfaces; translating signals through interaction in and with the environment.

Body Interfaces is an artistic performance research by Tina Mariane Krogh Madsen that combines working with the body and (as) materiality in the tradition of site-specific performance art with an understanding of the body derived through a methodology coming from technology. The interface in Body Interfaces is inscribed in the body’s relation to the environment and the actions that it partakes in, with the body as an embodied technology in itself. It is a proposition to go beyond the mere body/machine dichotomy, the traditionally known Human Computer Interface and the contemporary more ubiquitous interface approach still depending on computer hardware and software. Instead the research aims at a representation and understanding of the interface as a crucial part of experiencing and sensing in everyday life, through and with the body. We now engage with the world, with our body as also technology that interfaces and activates relations through everyday practices.

Body Interfaces thus researches in the physical sensations and meeting points that the body has with the surroundings, inspired by tools and methods coming from studying the body in technology with the concept of the interface as its main focus point. For the Sofia Underground Performance Art Festival the HTML command ‘100 Continue’ is rewritten into a performance score to be performed with the body. The structure and the duration of the piece is nailed down to be a total of 10 acts of each 10 minutes duration, a divided sum that in total also equals 100 minutes. The performance thus deals with how time is structured by a principle, here both through the command line as well as the given parameter of the instruction chosen by the performer. Time will in this way be a central element in the structure of the piece, as well as it is an important part of the protocol controlling the performance.

Site-specificity is an essential part of the Body Interfaces research. The site is the departure point and data-feeder for the performances, where the senses become important catalysts for the interaction with the site as a vital part of the interfacing process. Body Interfaces wish to challenge and incorporate formats and terminologies inherent from technology and scientific practices; creating a DIY, open and analogue approach to these. The data collected through the actions will be notated on site as a part of the performance as a live scripting act.

> This paragraph is a modified version of the HTML 100 response to be found on various sites related to HTML, e. g. on the protocol lists at W3 https://www.w3.org/Protocols/rfc2616/rfc2616-sec10.html and Connected: An Internet Encyclopedia, http://www.freesoft.org/CIE/RFC/2068/72.htm, the text in brackets is changed and inserted by the artist. 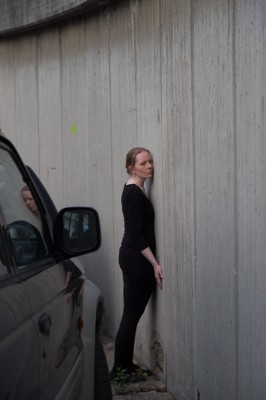 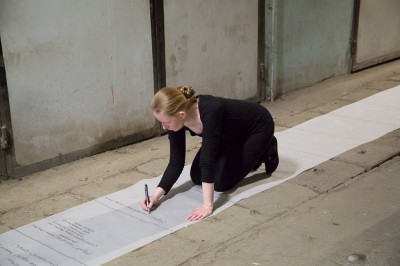 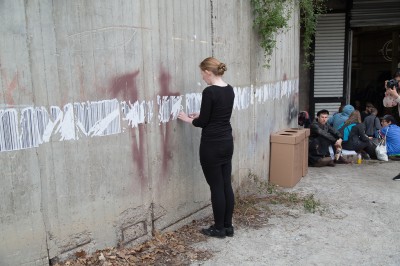 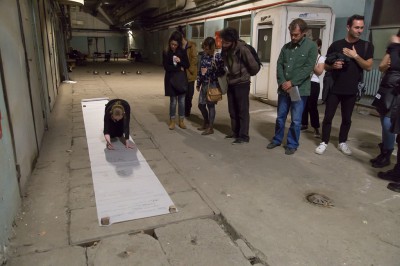 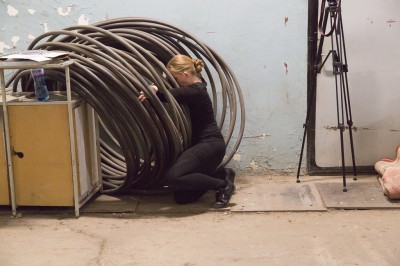 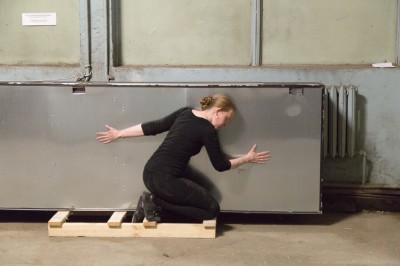 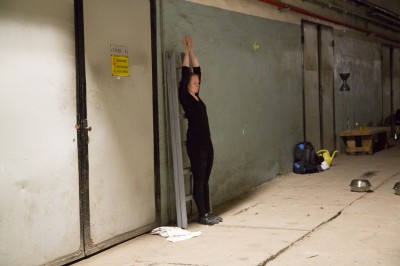 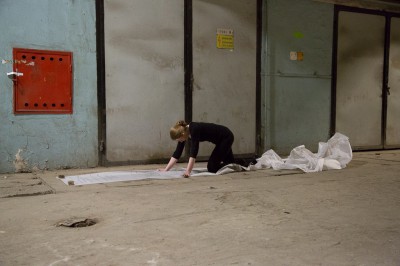 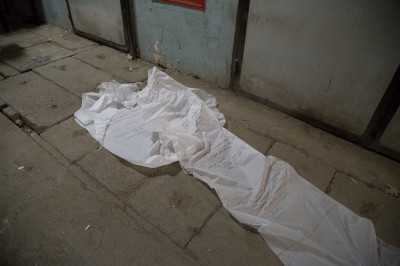 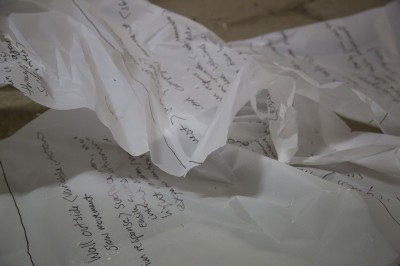 All photos by: Malte Steiner

Tina Mariane Krogh Madsen is a Danish artist, curator and researcher based in Berlin, Germany. TMKM holds a MA in Art History from Aarhus University (DK) and is a graduate from College of Arts Crafts and Design in Nørresundby (DK).